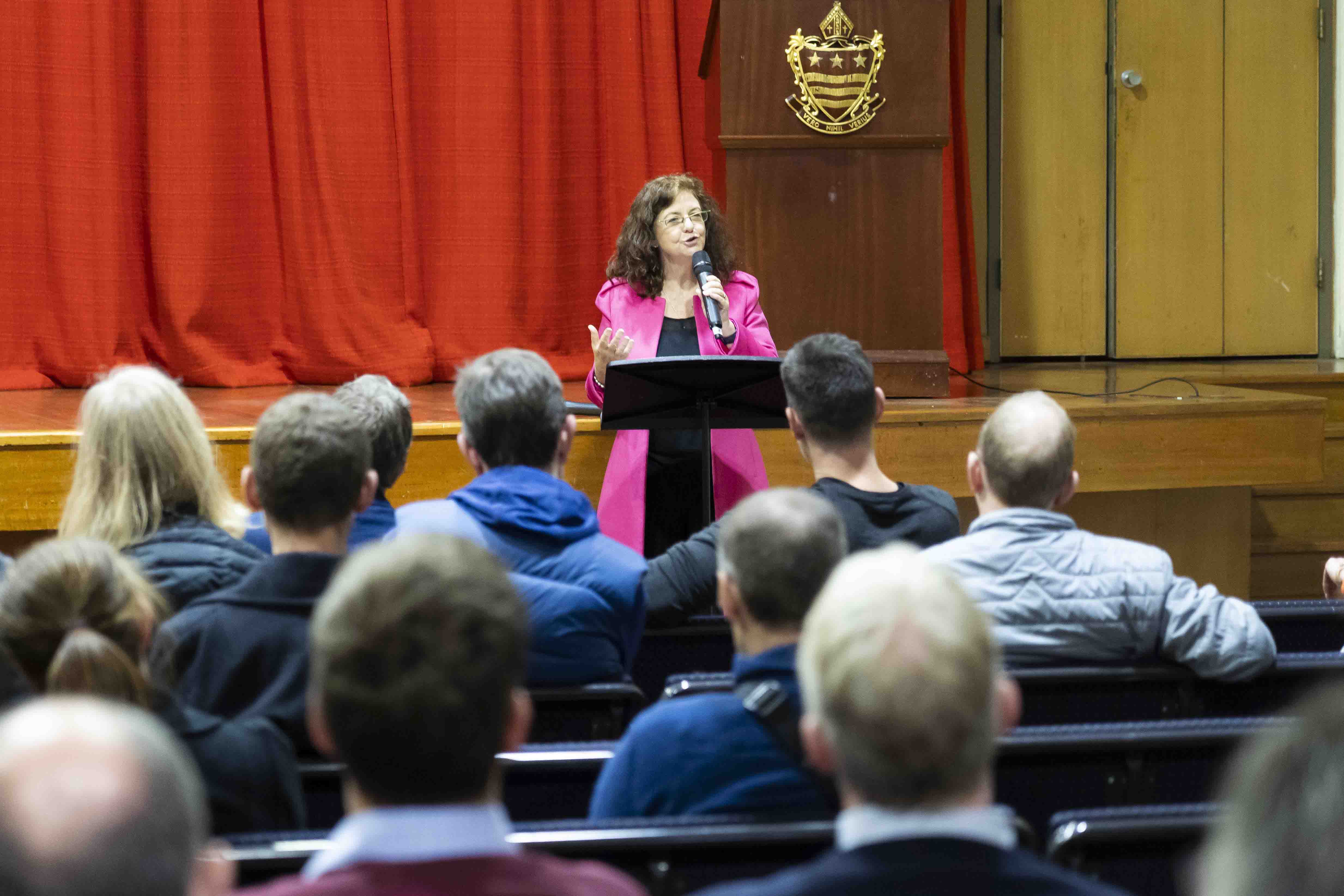 Following an empowering and enlightening presentation at Mentone Girls' Grammar to local dads in the community, parenting expert Madonna King has given us her top 10 tips for Fathers and Daughters.

One of Australia’s most accomplished and award-winning journalists, Madonna is the author of ‘Being 14’ and ‘Fathers and Daughters’ amongst many other titles.  In her talk she discussed her research where she interviewed 1300 girls aged 10 to 17 years old, 400 fathers, 60 mothers and dozens of school Principals, psychologists, researchers, and parenting experts.

Top 10 Tips for Fathers with Daughters
by Madonna King

I was in Adelaide, giving a talk on my book, Being 14, and as I was leaving a father chased me to my car, asking me how he could reconnect with his daughter and step-daughter. I hadn’t researched that, and didn’t know. That night, I decided I’d start a project that took six days a week, for a year. What makes the father-daughter relationship so magic, but fragile, and what can fathers – and daughters – do, to secure it?

These are my top 10 tips. The research, interviews and rationale are in Fathers and Daughters.

1. Love her unconditionally. She doesn’t necessarily know that you do. You need to tell her.

2. Value her opinion. You can build her self confidence, or crush it. As one school leader told me, fathers can be a QC in the courtroom, but should always be a father in the lounge room. How you deal with her giving her opinion will determine whether or not she continues to trust you with what she is thinking. Remember also that your views might have been built up over years, maybe even decades. Your daughter’s view might only be three hours old.

3. You have a responsibility to be there. Do not – despite any encouragement – take a step back. Even if she becomes prickly in puberty, stay close.

4. Pick a project to do together, so that you can build memories together. This might be a sport, or park run, a love of ACDC music or a charity project. But it something she shares with you. She will probably not ask to do it, so you should take the first step.

5. Don’t fix her problems; that is not your job. But listen to her. While you are doing that, also teach her to change a car tyre and a light bulb! And give her time. Too many girls said all they wanted from their dad was more time, and for him to ‘really be there’ when he’s home.

6. Don’t parent by gender. She is not weaker than your son. That means you should be ambitious for her. She doesn’t want to be over-protected and has to learn to judge risks.

7. You are your daughter’s prime role model for men. What she sees, she will later expect in men. This is a huge power. Don’t waste it.

8. Take her on weekly or fortnightly dates. It can be as simply as a coffee on the way to school. But this is important because it allows you to develop a relationship with her, specifically. And when things get tough, you still have that time each week or fortnight to talk and connect.

9. Don’t think that you, as a father, offer less than her mother. Mothers also have to learn, in some instances, to stand back and let fathers at the front line. Mothers offer things fathers don’t also – but too often fathers underestimate their power in raising a daughter.

10. Talk. Men and women communicate in different ways. Accept that. Recognise that. And try and find a way through it. It will be worth it.