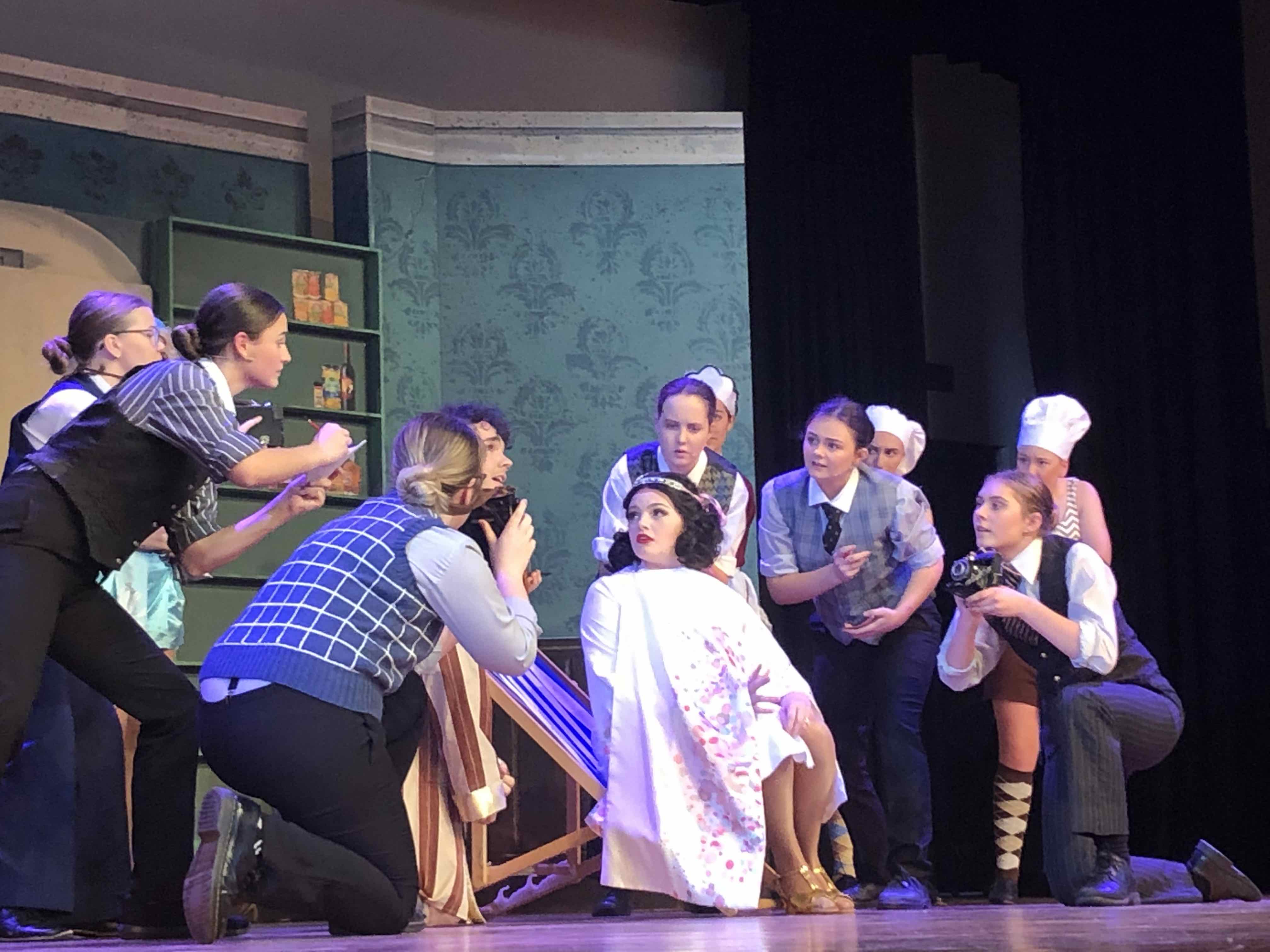 “The reality is that our girls have the skill set and the talent to belt out these big show tunes and knock your socks off,”- Director Trent Bockman.

Hang onto your hats, rehearsals are underway for the big Broadway musical The Drowsy Chaperone and director Trent Brockman promises it will be nothing short of “epic”.

“The Drowsy Chaperone is a comedy with some adult humour thrown in.  It has big production numbers, massive ensemble opportunities and will be a riot for audiences,” beams Mr Bockman.

With a cast of 60 plus, 35 designers, 15 back stage crew, more than 10 hair and make-up people and a large orchestra, the much anticipated 2019 production has something for everyone.

“It’s full of dancing, singing and acting on an amazing, versatile set with elaborate and vibrant costumes,” tells Mr Bockman, who is directing a Mentone Girls’ Grammar production for the second time.

“We wanted to provide as many opportunities as humanly possible for our girls so it was very important that we opted for a big, Broadway musical like this, this year.

“It’s our 120th year celebrations, we’re staging the production off campus, we have an orchestra and we needed a show of this calibre to do justice to this”.

“Basically The Drowsy Chaperone is a play within a play and is about a man telling the audience about his all-time favourite musical and then that musical comes to life in his living room,” explains Mr Bockman.

The two act musical first opened on Broadway in 2006, winning Best Original Score and Best Book at the Tony Awards that year, and first played in Australia at the Melbourne Theatre Company’s 2010 production.

“The reality is that our girls have the skill set and the talent to belt out these big show tunes and knock your socks off,” he promises.

“And I really think that we will see our girls reach their full performance potential because these songs are so challenging”.

And off stage Mr Bockman says it’s the mentorship program that will add to the success of the show.

“Our girls will be working with incredible theatre makers.

“They will not be observers in the design process. It will be the students designing the costumes, the sets and the make-up that will get us on stage.

“The mentorship program gives students with a love of theatre an active role and helps highlight the equal importance design plays in theatre – that’s really important,” he adds.

So save the date - The Drowsy Chaperone will run from 8-10 August at the Alexandra Theatre Monash University.